Elisa kit (HMGB1) has increasingly attracted the attention of basic as well as clinical researchers and has become one of the most intriguing molecules within the complete arsenal of proteins of the innate immune system. 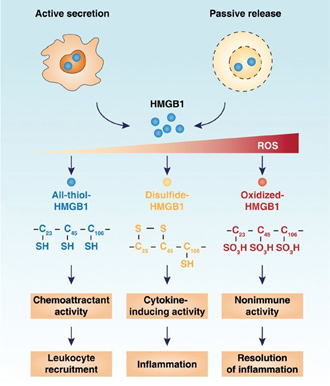 HMGB1 is a nuclear protein that can bind and bend DNA, but it can also be released to the extracellular environment where it exerts additional functions. The unraveling of the post-translational modifications has led to a better understanding of the mechanism of its translocation and its function within the immune system. It will now also allow more in-depth studies into the role of HMGB1 in numerous pathologies, including

nucleus of the cells.
As a nucleus-binding protein it regulates amongst other things the gene transcription.
HMGB1 plays a major role in the pathogenesis of a lot of diseases.
So HMGB1 is important in the development and survival of tumours. It regulates by interaction with RAGE autophagy. It is late mediator in sepsis. It organizes cross-talk of NKs and DCs in viral infections. These findings represent only a small overview of HMGB1’s role in medical research.